look of the device that has the under-screen camera that was shown off by Oppo in Mobile World Congress that happened in Shanghai China.
Now, unfortunately, Oppo didn’t give an opportunity to go hands-on with this device so nobody sure about what this device is all about and Oppo didn’t give an answer to when it is launching.
But there are definitely five things that I do know about the selfie camera of this particular device which is embedded right beneath the display Check this out!

Number 1: the largest sensor.
In the previous generation of phones, manufacturers were trying to produce all-screen phones by shrinking the giant bezels on both sides to a big notch on the top to a water drop notch and finally a hole-punch cut-out and while doing so they had little and little space to work with to fit in the camera setup.
Due to this, they had to shrink the object that took the largest amount of space and that is the sensor.
But now that the camera is under the display they have much more space and hence can fit in a larger sensor underneath. 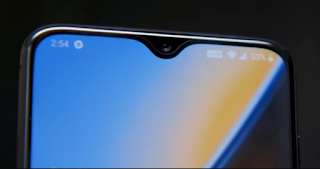 Number 2: the larger aperture and the larger pixel size.
The display of the device is in front of the camera lens and since it is translucent it obstructs light.
To compensate for this and let in more light, they have increased the aperture size of the camera which is the size of the hole opening through which the light travels and hits the sensor.
Till today we had a maximum of an f/1.5 aperture camera but this device from Oppo will have an f/1.4 aperture which means that this is the first time in history that a smartphone has such a large aperture.
Also, they have increased the pixel size of the image that the phone captures which means that there is even more light for each individual pixel.
Due to both of these things over claims that the selfie that this phone’s camera captures will be of much better quality than traditional selfie cameras. 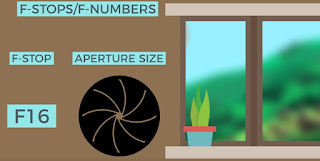 Number 3: the artificial intelligence which powers this camera.
Now, just reversing what Alan Kay had said, “people who are serious about the hardware should care about the software as well”.
Under-display cameras work by making the display transparent by turning it off and then snapping the photo by capturing the light that travels through them to the sensor.
Now in theory when the display above the camera is turned off, it should ideally become transparent but in practice it rather becomes translucent.
Hence they have to use a machine learning algorithm to clean up the image that is actually captured by the camera.

Number : 4 th point is the fact that the top part of the display will not work when the selfie camera is
snapping pictures.
Since these cameras work by making the display transparent, rather than turning off just a circular part of all the camera lens manufacturers choose to turn off the the whole top portion under which the camera is placed and hence you won’t be able to use the top part of the display by snapping selfies.
Number 5 is the unfortunate fact that this technology might not make its way into cheaper phones anytime soon.
AMOLED displays are one thing which has never made its way to cheaper phones because it is extremely costly to manufacture.
You can take an example of the daily driver that I use that is the Pocophone F1 which has an amazing processor rate camera even stereo speakers but not AMOLED display Now, in this case, it is transparent to LEDs and the cost is even higher. 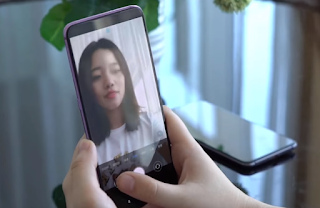 Alright, I hope you found the video useful and if you did do give it a thumbs up and share with your friends Let me know in the comments about what do you think about this new technology and as always this is where I’m signing off wishing you absolutely nothing but the best of success!!